S. B. Redstone is back again! This 5-star rated author’s eerie imagination takes you into the dark realm of demonic possession!

A special announcement! Not only have I chosen to become an indy author, discarding my independent publisher that had become a relic in a modern age, but today, my third novel, The Demon Hunters: Succubus Resurrection is on sale at Amazon in ebook and paperback formats.

If you like to read horror, a story taking place in the early 1960s with a diabolical demon obsessed with revenge, power, and sex, then my novel will hopefully not disappoint you. 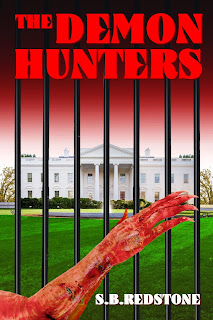 Click on Pix to magically arrive at my Amazon site.

On Christmas Eve, 1960, a diabolical succubus escapes from a secret monastery in the Italian Alps to once again take up her quest for power and revenge. This riveting horror tale is based upon the first woman burned at the stake, falsely accused of copulating with Satan. I reveal her fate after the terrifying flames consume her body, but not her soul, which she now offers to Satan.

This uniquely designed demon, vicious and sex-crazed, relies on demonic possession to reach the doorstep of power in America, where she expects to creaie a reign of terror and debauchery across the globe. The demon hunters, two monks and a skeptical Noah Browning, a retired FBI agent pursue this elusive demon before she possesses the one human who can offer her unlimited power. At the end of the story, Noah just might have to sacrifice his future to save the woman he loves. 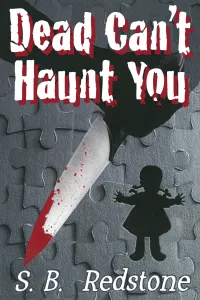 As an Indie author now, Dead Can’t Haunt You was A Sinister Obsession. The title change had to occur because Amazon has a policy of not removing books from their site, even though I hold the copyright. Returning it to the bookshelves, it has improved edits, and dramatic updates. While new reviews will come, you can view previous highly rated reviews at Amazon of A Sinister Obsession by S. B. Redstone.

A homicidal maniac with a sinister obsession is on a quest to realize a lifelong dream. Leaving behind a string of seemingly unrelated and cruel murders. Detective Sergeant Aubrey McKenzie, of the Criminal Investigation Bureau of the Maryland Department of State Police will not solve this mystery unless she can first discover the Who before she can discover the Why . . .Aubrey is a fabulously wealthy, dark-haired Scot with an iron will that was forged in the inferno of human tragedy. Unbeknownst to this narcissistic psychopath, Aubrey is on the hunt, but dissimilar to all other detectives, who would end up with a dead end, when confronted with this mystery and a lack of clues, she can rely on her paranormal ability which has been invaluable in her police work, but has made a disaster of her social life.Evidence sends Aubrey to Pittsburgh, where fate teams her with Detective Lieutenant Joshua Diamond. He is a handsome, talented, and compassionate guy who is more than happy eating a bacon cheeseburger and wearing clothes that should have been thrown out with the trash. In a race against time, Aubrey and Josh must track down this elusive fiend before further lives are destroyed. Disaster strikes Aubrey! Passion melts her resistance to Josh’s charm. Unfortunately, to have an intimate relationship with this guy, she’ll be forced to deal with the terror of revealing her mutant gene.

Finally today, I am moving ahead with my backlog of novels. After writing five novels that were marginally marketed due to my wish to snag ... 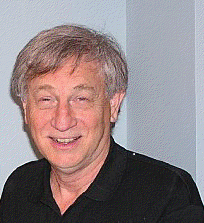